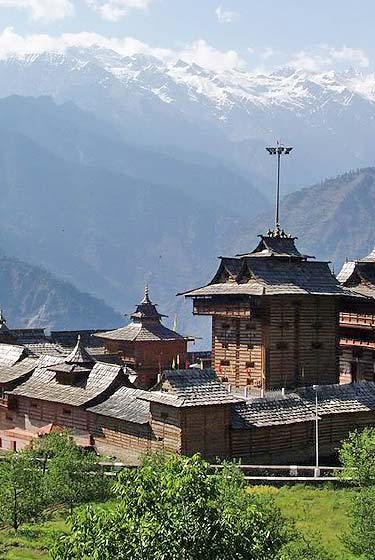 The Best of Himachal Tour 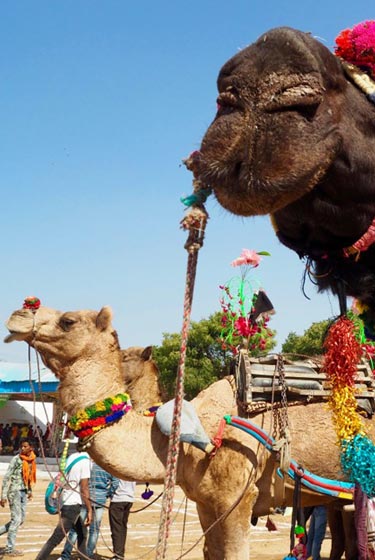 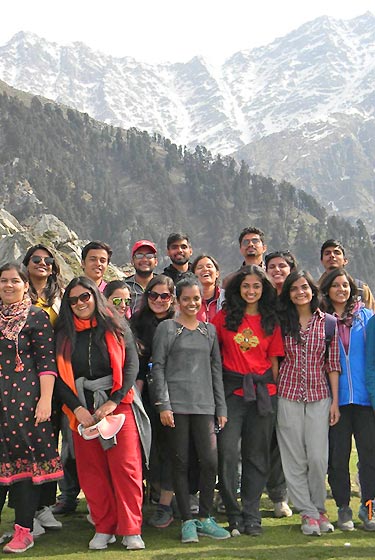 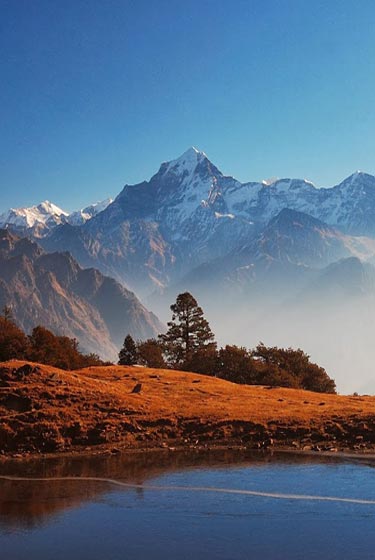 RECONG PEO (2670m): Located 260 km from Shimla, Recong Peo is the district Headquarter having a panoramic view of Kinner Kailash. It has many hotels and rest houses.

KALPA (2759m): Beyond Recong Peo (14 kms. from Powari) on the link road, is the main village of the District - Kalpa. Across the river, facing Kalpa is the majesty of the Kinner Kailash range. This is a spectacluar sight early in the morning as the rising sun touches the snowy peaks with crimson and gold light.

SANGLA VALLEY: This valley starts 57 kms. short of Kalpa which has been named after a beautiful & populous village Sangla. Sangla is situated on the right bank of Baspa river 17 kms. from Karcham. Journey from Karcham onwards is enjoyable and adventurous throughout the valley. The natural scenery all around and the eternal snow view are picturesque and charming. It is also known as Baspa Valley since Baspa river flows through this area. This is the most charming valley in the entire District of Kinnaur. A temple dedicated to Nages god is worth a visit & other places are Sapni, Rackchham, Kilba, Kamru Fort which can also be visited. There are post offices, banks, rest houses for the convenience of the visitors.

CHITKUL (3450m): This is the last and highest village in the Baspa valley. It is situated on the right bank of Baspa river. There is a road along the left bank from Karcham. There are 3 temples of local goddess Mathi, the main ones are said to have been constructed about 500 years ago.

NICHAR (2150m): This village is situated between Taranda & Wangtu on the left bank of Satluj about 5 kms. above Wangtu. The scenery is enchanting. Ghoral , antelopes, black & red bears are seen sometimes in higher ranges.

KOTHI: Kothi is also called Koshtampi. It is little below Kalpa, and is overshadowed by the Kinner Kailash peak. The village with its attractive temple, gracious willows green fields, fruit trees makes an altogether lovely landscape. Goddess Shuwang Chandika temple is in the village.

PUH: Locally pronounced Spuwa, is the tehsil hqrs. 71 kms. from Recong Peo. It is situated above the national highway-22 having all modern amenities as well as green fields, vineyards, apricot, almond and grape orchards enhance its beauty. The local god is called Dabla, who neither has any dwelling nor possesses an ark. The only manifestation of the deity is a pole with a small idol set on its upper portion and adorned with Yak tail hair and long pieces of colored cloth. The whole being called Fobrang, it is occasion brought to the Santhang.

RAKCHHAM (2900m): Rakchham is situated on the right bank of river Baspa. Its name has been derived from "Rak" a stone and "Chham" a bridge. The location of the village is striking.

RIBBA (2745m): Ribba or Rirang is another large populous village at a distance of 14 kms. from Morang, the tehsil hqrs. Situated between the villages of Purbani & Rispa. In the local dialect ri stands for Chilgoza and rang means a peak of a mountain. A hut is available for stay. Another village Rispa is known for grapes.

LEO: About 105 kms. from Recong Peo perched on a small rocky eminence, on the right bank of the Spiti river, is the hqrs. of sub-tehsil Hangrang in Puh subdivision. The a temple of Jamato is worth visiting.

LIPPA (2438m): Situated near the left bank of Taiti stream. The village can be approached from Kalpa by the old Hindustan Tibet road to Jangi-Lippa-14 kms. Ibex are said to be found near the forest. The three Budhist monasteries here are dedicated to Galdang, Chhoiker Dunguir and Kangyar.

MORAN (2591): This village is situated 39 kms. away from Kalpa on the left bank of river Satluj. The location is very beautiful and approach to this picturesque village is through apricot orchards. The local deity is Urmig and there are three structures dedicated to the deity each existing in Thwaring, Garmang and Shilling. Generally these are empty as the ark of the deity remains in the fort. On a sacred day the ark is taken to the above named places. The ark has got 18 'mukh', made of silver, gold and brass. The 18 mukh represents the 18 days of the great epic Mahabharat.

CHANGO (3058m): At a distance of 122 kms. from Kalpa,is a collection of 4 hamlets in Pargna Shuwa, sub-tehsil, Hangrang on the left bank of river Spiti. It is encircled on every side by high hills which is a witness to the presence of a former lake. Buddhism is generally practised here but there are some local Hindu deities too namely Gyalbo, Dabla and Yalsa.

NAKO (3662m): Situated about 2 kms. above the Hangrang valley road and is 103 kms. from Kalpa on the western direction of the huge mountain of Pargial. This is the highest village in the valley and the existence of lake formed out of the masses of the ice and snow above adds beauty to the village. Local village deity is Deodum and another Lagang temple with several idols exist here. There is a staying hut for visitors.

SUMDO/KAURIK: On the border of Spiti at a distance of 104 kms. and 124 kms. respectively from Kalpa, are the entry points to Spiti valley. There is a Police Check Post to assist and help the visitors.

KINNER KAILASH CIRCUIT (PARIKRAMA): One can undertake this holy parikrama from Morang and return to Kalpa / Karcham in 7- 8 days.